A Pickup Mission and Feorgotting

Today was Eid, (Happy Eid to all! :D) Hence a holiday. So I decided I make most of this time and went to my brother's friend's house where he sent things that he bought in US. And these are just not normal purchases, everything was a special Deal...

The journey was 60KM long and as usual I travelled via my lovely bike. Was happy to see that the traffic was no where near to what you see 90% of times here (and trust me, you'd never want to drive with that horrible traffic ) So I reached there and look at what I picked up! 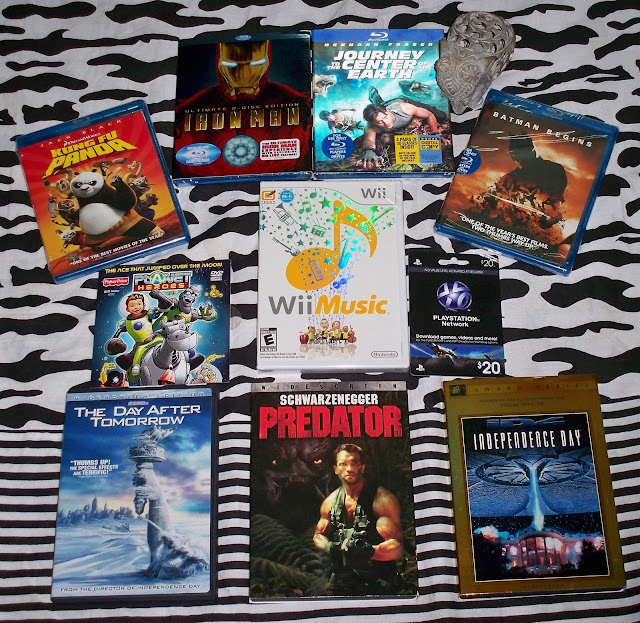 And theres a PSN card and also a Fischer Price Cartoon DVD, that DVD was free. will see it... justcoz :P

As for the BDs, My brother bought it in a Buy 1 get 1 free offer from columbia house so Iron Man is the one he bought and BB is the free one, and I discovered that KungFu Panda was accidentall listed for "free" and ordered that ASAP, hehe (got a mail saying it was cancelled and then a "sorry, take it" later :P )

And Journey to the Center of the earth, just now I and my parents watched, it was a great movie.. I mean the BD comes with 4 pairs of 3D glasses and Both 3D and 2D versions on the Same disc .. AND a "digital copy" on a dvd, which I guess is a avi version or something of the whole movie. It has a CD key for it and everything, I dont know why it was give, but oh well. thats awesome, its 3 movie versions in 1!

The 3D effects did infact feel 3D-ish, and luckily it was more and better than Superman Returns (yeah, I saw that in 3D... in IMAX, lol)

As for the DVDs. I and my bro have a plan on buying almost all those old movies that we watched and loved. And with our complete Home theater set-up disaster movies with the extra blasts and eveything are top priority :P Ofcourse, its not like he bought all for direct price, my brother being the deal guy he is, always bought em in such a way that theres profits o matter whats, hehe 8)

He IMed me the other day saying he bought Ace Ventura Double Pack! and he wont send it.. that !@#!# :P

Since I cae oh so far to take those things, I made sure that I made most of the milage and visited nearby shopping areas, so I went to the computer heaven of Andhra pradesh (CTC ) and first visited the Book depot there, its one of the hugest book selling place here.

First thing I saw was a "Guiness Book 2008" book and I immediately remembered this Story in GS (mine is 10th comment) I asked the guy if he had other versions and he said "I dont know" So I went deep into the shop, searching for new MAD mag issues (nope, still no issues, since 2+ years) and looking at various Amar Chitra Katah Books.

and Lo Behold What do I see?

Oh yeah! I got that thing.. I just couldnt help myself, but I just love General knowledge...as I put it

"I am always on a trivial pursuit for trivia"

As much as I love stories, I mostly love books that are information based, than novels and stuffs, have a ultra huge collection of magazines and stuff (8+ years of 2+ mag subscriptions :P ). Once I took a look at the book I saw so many things that I would just eat away, so many things that you wouldnt necessarily find written in articles all around the place, so it was an instant buy!

As for the other thing its a DK multimedia (remember, I hate I love maths?) CD on Human body which I bought for my uncle who runs a big tutorial. His methods of teaching are very homely and unique. He already had an old version of the thing which he used to show to students and teach but the disc got corrupt so I bought this new version (also compatible with Xp! :P )

Now instead of going home (Point A) from this place... I took a detour and encountered a shop which... sells games! I just tried my luck and asked them.. "left 4 dead hai kya?" (Do you have l4d?) and BAM... he said yes and got it! Woot! I was waiting to get my hands on this thing since a long time and I finally have it. So yeah.. if you are an indian and waiting for the game, just go and get it.. its out! 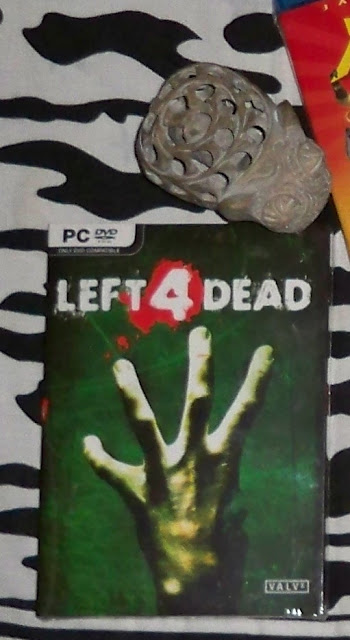 Just saw the opening cinematic, sure did describe what kind of experience Valve was planning for gamers to have. Now... I wonder if my first playthrough itself should be on Co-op or SP...

and Yeah my Steam ID is Reetesh. add me if you want to play along sometime :)

*To Point A, and Feorgotting

What? You never heard of Feorgotting? Well.. it could be because.. I made it up :P The thing is that, when coming back, I was wondering if I "put the CD back in after checking it" at the book shop (DK CD) And then I was thinking if put my Card back into the wallet after paying the bill. (even though at one point I remembered doing it) Soon, I started feeling that I checked for it and then removed it and didnt put it back in :lol:

Such kinds of loops went on happening as I rode back to point A, actually, this happens a LOT to me, I keep forgetting such things, JUST so that I can worry about it..its like there are two brains inside me :P

I coined this phenomenon as "fear+forgetting = feorgotting" always forgetting and getting that "fear" inside you if things were done right or not.

perfect example "Did I lock the doors while leaving or not" 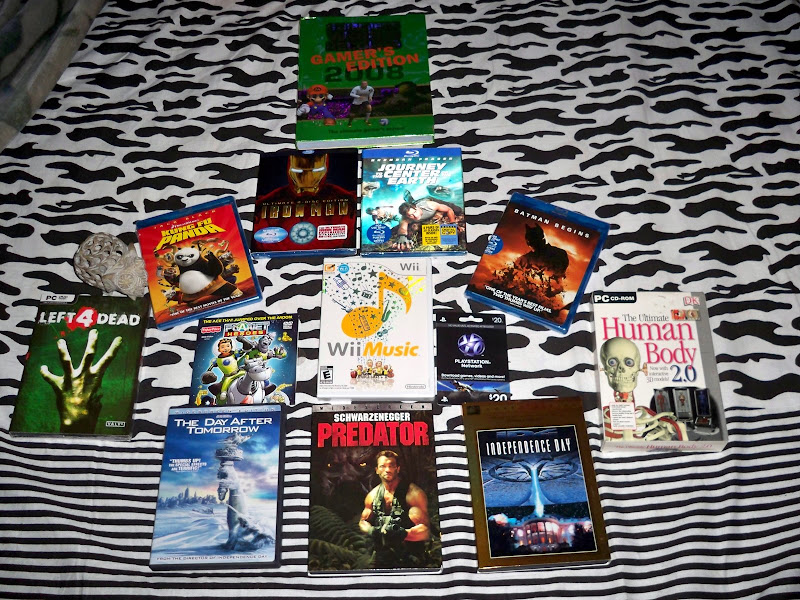 So yeah, I came back took these pics, emptied around 70GB of HDD space, reorganized a lot of files, installed L4D, saw journey to the center of the earth and then.. wrote this! Thats all for this entry, oh yeah! did I forget to tell you theres a Wii Music there too!?

I dont know about you, but the game sold itself to me the instant I saw that demo by .. no not ravi, but this guy, J.C.Rodrigo Well, to be honest, I bought the game even before I saw the video, I just love psuedo music making games or what ever you want to call it (Passive Reactive Rhythm game etc etc) and I know that my mom will also like it, so why not buy it, and hey it has SMB 1-1 Music in it!!